- "In 1848, the year after Marie’s death, Louise Delabigne was born. The illegitimate daughter of a young peasant woman from Normandy, she was a beautiful child with large blue eyes and red-gold hair..."
http://www.telegraph.co.uk/…/the-parisian-courtesans-who-e…/


- "She read widely to educate herself and paid scrupulous attention to her appearance, capitalising on her flame-red hair and her piercing blue eyes."
http://catherinehewitt.co.uk/books/the-mistress-of-paris/

- "An eye-catching young woman with blue eyes and red hair, she worked long hours and walked to and from the store alone through the sordid back alleys of Paris."
http://nypost.com/…/the-19th-century-prostitute-who-worked…/ 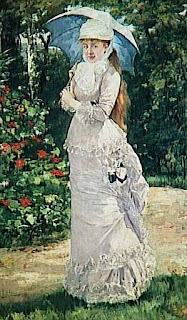 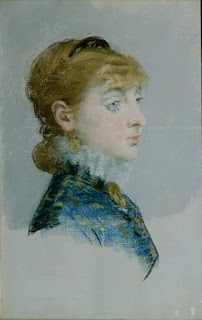 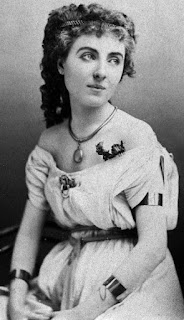