Lewis Madison Terman (1877 – 1956). American psychologist and author. He was noted as a pioneer in educational psychology in the early 20th century at the Stanford Graduate School of Education. He is best known for his revision of the Stanford–Binet Intelligence Scales and for initiating the longitudinal study of children with high IQs called the Genetic Studies of Genius. He was a prominent eugenicist and was a member of the Human Betterment Foundation. He also served as president of the American Psychological Association. A Review of General Psychology survey, published in 2002, ranked Terman as the 72nd most cited psychologist of the 20th century, in a tie with G. Stanley Hall.

- "His red hair made him an especially alluring target." https://books.google.it/books… 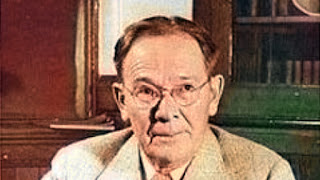