Hugh Judson Kilpatrick (1836 - 1881). Officer in the Union Army during the American Civil War, achieving the rank of brevet major general. He was later the United States Minister to Chile, and a failed political candidate for the U.S. House of Representatives.


"Described as short in stature, with red hair and stringy sand-colored side burns, he spoke in a shrill voice and walked in a rolling gate." 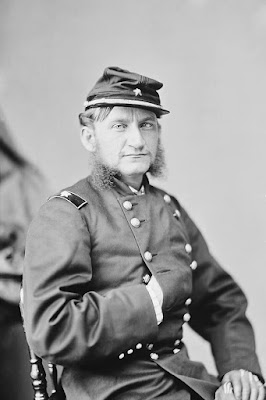