Oliver Smith (1918 – 1994). American scenic designer and interior designer. He designed dozens of Broadway musicals, films (Guys and Dolls, The Band Wagon, Oklahoma!, Porgy and Bess) and operas (La Traviata). His association with the American Ballet Theatre began in 1944, when he collaborated with Robbins and Bernstein on Fancy Free, which served as the inspiration for On the Town. The following year, he became Co-Director of ABT with Lucia Chase, a position he held until 1980. He designed the sets for ABT's complete 1967 production of Swan Lake, the first full-length version mounted by an American company.

- "Smith was a tal, slender Virginian with a shock of red hair..." https://books.google.it/ 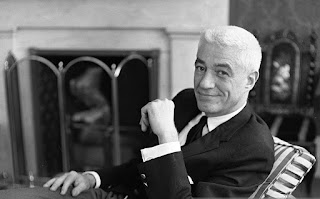