Richard Henry Lee (1732 – 1794). American statesman from Virginia best known for the Lee Resolution, the motion in the Second Continental Congress calling for the colonies' independence from Great Britain. He was a signatory to the Articles of Confederation, and his "resolution for independency" of June 1776 led to the United States Declaration of Independence, which Lee signed. He also served a one-year term as the President of the Congress of the Confederation, and was a United States Senator from Virginia from 1789 to 1792, serving during part of that time as the second President pro tempore of the upper house.


- "At forty-four, Richard Henry Lee was tall and lean, red-haired like Thomas Jefferson but with an aquiline nose and a profile described as Roman." https://books.google.it/books…

- "Both combatants were tall (over six feet tall) red-haired politicians supporting the cause of American independence." http://porterbriggs.com/the-jilting-of-richard-henry-lee/

- "Tall, slim with reddish hair, Richard Henry Lee was comfortable with speaking his opinion to the public." http://www.dsdi1776.com/signers-by-state/richard-henry-lee/ 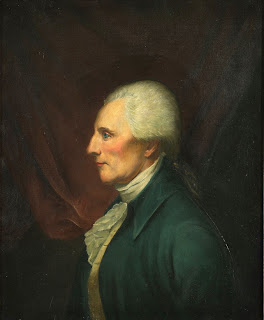