Myrna Loy (born Myrna Adele Williams; 1905 – 1993). American film, television and stage actress.
Trained as a dancer, Loy devoted herself fully to an acting career following a few minor roles in silent films. She was originally typecast in exotic roles, often as a vamp or a woman of Asian descent, but her career prospects improved greatly following her portrayal of Nora Charles in The Thin Man (1934). In 1991, Myrna Loy became the first actress to receive an Honorary Oscar without having previously been nominated for an Oscar in a competitive category.


- "but finally someone in the film industry noticed the talented, red-haired beauty and invited her into the studio." http://montanakids.com/cool_stories/famous_montanans/loy.htm 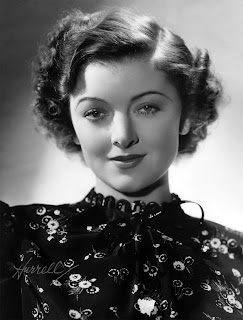 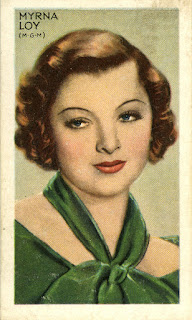