Mary Astor (born Lucile Vasconcellos Langhanke; 1906 – 1987). American actress. Her mother had Irish and Portuguese roots.
She is best remembered for her role as Brigid O'Shaughnessy in The Maltese Falcon (1941).
Astor began her long motion picture career as a teenager in the silent movies of the early 1920s. When talkies arrived, her voice was initially considered too masculine and she was off the screen for a year. After she appeared in a play with friend Florence Eldridge, the film offers came in, and she was able to resume her career in talking pictures. In 1936, her career was nearly destroyed by scandal. Astor had an affair with playwright George S. Kaufman and was branded an adulterous wife by her ex-husband, in a custody fight over her daughter. Overcoming these stumbling blocks in her private life, Astor had greater success on screen, eventually winning an Academy Award for Best Supporting Actress for her performance in The Great Lie (1941). Astor was a Metro-Goldwyn-Mayer contract player through most of the 1940s and continued to work in film, television and on stage until her retirement in 1964. She authored five novels. Her autobiography was a bestseller, as was her later book, A Life on Film, which was about her career.
Director Lindsay Anderson wrote of Astor in 1990 that "when two or three who love the cinema are gathered together, the name of Mary Astor always comes up, and everybody agrees that she was an actress of special attraction, whose qualities of depth and reality always seemed to illuminate the parts she played".

- "A Manhattan photographer, Charles Albin, saw her photograph and asked the young girl with haunting eyes and long auburn hair, whose nickname was "Rusty", to pose for him."  https://en.wikipedia.org/wiki/Mary_Astor

- "Her nickname "Rusty" came from her dark auburn hair. One fan magazine described her hair color as "Titian, which photographs black, and her eyes are very dark"."  https://www.imdb.com/name/nm0000802/bio?ref_=nm_ov_bio_sm

- "Her hair was auburn and naturally curly, and A Life on Film describes how novelist Elinor Glyn came up with a way to make it look "Spanish" on film."  http://selfstyledsiren.blogspot.com/…/mary-astor-invented-y…

- "His gauzy, Pre-Raphaelite studies of the “Madonna-child,” her delicate face framed by a cloud of dark hair (it was actually auburn, not brunette as it appeared in black-and-white films), finally interested a producer at Famous Players-Lasky studio, and she got her first contract."  https://brightlightsfilm.com/…/mary-astor-birthday-tribut…/…

- "Q - Was your mother actually called Rusty?
A - Yes, even her Mom called her that. It was because of her red hair."  http://themaryastorcollection.com/interview/ 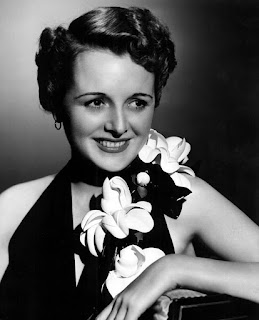 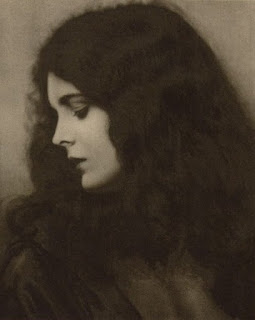