Anne Shirley (born Dawn Evelyeen Paris, 1918 – 1993). American actress.
Beginning her career as a child actress under the stage name Dawn O'Day, Shirley adopted the name of the character she played in the film adaptation of Anne of Green Gables in 1934, and achieved a successful career in supporting roles. Among her films is Stella Dallas (1937), for which she was nominated for an Academy Award for Best Supporting Actress.
She retired from acting in 1944, at the age of 26. She remained in Los Angeles, where she died at the age of 75. 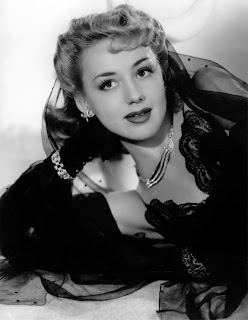