Anne Gwynne (born Marguerite Gwynne Trice; 1918 – 2003). American actress and model who was known as one of the first scream queens because of her numerous appearances in horror films. Gwynne was also one of the most popular pin-ups of World War II.
Universal cast her in a variety of genres including film noir and musical comedy. She made a number of Westerns at the studio, including two she numbered among her favorite projects; Men of Texas with Robert Stack and Broderick Crawford and Ride 'Em Cowboy with Abbott and Costello (both 1942). She is remembered by fans of horror for her work in several pictures made in the 1940s. Her first horror film was Black Friday (1940) in which she played Boris Karloff's daughter. House of Frankenstein (1944) was the last horror picture she did at Universal.
Gwynne was a television pioneer, appearing in TV's first filmed series, Public Prosecutor (1947–48); she was a member of the regular cast, playing Pat Kelly, the District Attorney's secretary.
She is actor Chris Pine's grandmother.

- "A beauty queen — she was a Miss San Antonio — the vivacious redhead became a model for Catalina Swimwear in Los Angeles." https://webcache.googleusercontent.com/search…
- "... bringing with him as bis bride (played by red-headed Anne Gwynne)..." https://trove.nla.gov.au/newspaper/article/56387150

- ".. the red-headed beauty was a favorite pin-up for GIs during WWII." https://books.google.it/books… 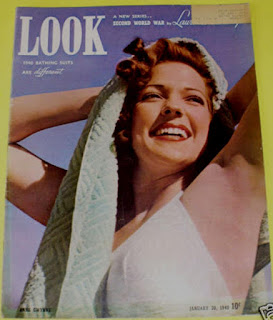 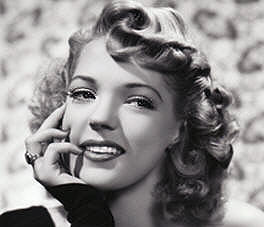