Boyd Franklin "Red" Morgan (1915 – 1988). American football running back in the National Football League for the Washington Redskins. He played college football at the University of Southern California and was drafted in the 18th round of the 1939 NFL Draft.
After World War II service as a Naval pilot, he became a prolific stuntman and actor in Hollywood.

- "Red (so nicknamed for his bright red hair) stated he was hard pressed to remember when he didn’t ride." http://www.westernclippings.com/…/boydredmorgan_stuntmen.sh…

- "He acquired his nickname for his bright red hair." https://www.moabhappenings.com/A…/Stuntmen1206BoydMorgan.htm 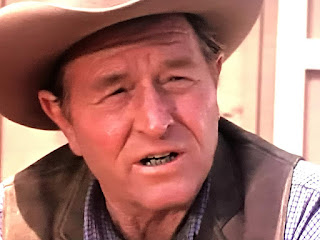