Mary Cora Urquhart Brown-Potter (1857 – 1936), billed as Mrs. Brown-Potter, was one of the first American society women to become a stage actress.
She married financier James Brown Potter of Brown Bros. & Co. in 1877.
They visited England in 1886 where they met the Prince of Wales and were subsequently invited to spend the weekend with him. James returned to the United States alone following the visit as Cora remained in England to pursue a career on stage. She made her stage debut in 1887 at the Theatre Royal in Brighton in the play Civil War. Later that year she started a successful partnership with Harold Kyrle Bellew at the Fifth Avenue Theatre in the New York production of Civil War. She and Bellew toured the world and starred together for the next ten years.
She divorced Potter on June 4, 1900 but continued to use her married name as her stage name.
Her last appearance on the London stage was in 1912. She made a further stage appearance in 1919 for a benefit production in Guernsey. In addition to her stage career she helped to raise money for war charities during the Second Boer War.

- "Her dress of soft reddish-brown velvet caught the tones of her red hair..."  http://www.stagebeauty.net/th-frames.html… 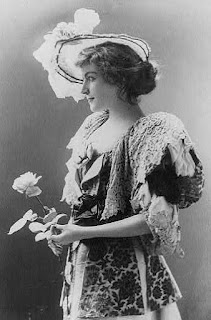 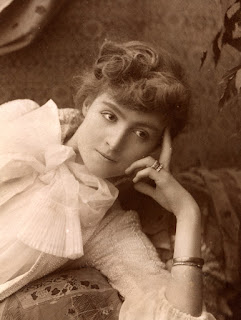