Valentina Nicholaevna Sanina Schlee (1899 – 1989), simply known as Valentina. Ukrainian émigrée fashion designer and theatrical costume designer active from 1928 to the late 1950s.
She was studying drama in Kharkov at the outbreak of the October Revolution in 1917. She met her Russian financier husband, George Schlee at the Sevastopol railway station as she was fleeing the country with her family jewels; there is some question as to whether they were legally wed. George Schlee is best known for his 20-year friendship with film star Greta Garbo. The Schlees arrived in New York City in 1923 and became prominent members of café society during the Roaring Twenties.
Schlee opened a small couture dress house, Valentina's Gowns on Madison Avenue in 1928. Her first stage commission was costumes for Judith Anderson in 1933's Come of Age. The costumes were better received than the play, and established her reputation as a designer for the stage. Schlee dressed such actresses of the era as Lynn Fontanne, Katharine Cornell, Greta Garbo, Gloria Swanson, Gertrude Lawrence, and Katharine Hepburn. Her Broadway successes included the costumes for the stage version of The Philadelphia Story. She also dressed prominent New York society women including members of the Whitney and Vanderbilt families.

- " When the White Army collapsed in 1920, Mr. Schlee fled with his family, taking with him a young refugee girl with flaming red hair named Valentina Sanina, whom he said he found in the railroad station." https://www.nytimes.com/…/schlees-remains-to-be-flown-here-… 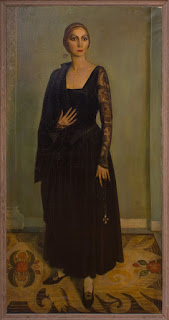 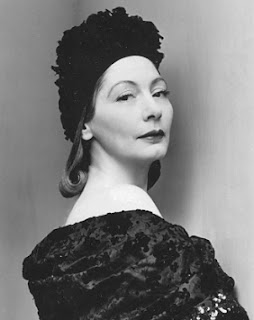