Rayna Prohme (born Simons, 1894 - 1927). American journalist.
Inspired by the events of the Russian Revolution, Rayna joined the American Communist Party. After her marriage to William Prohme, they moved to China.
In 1927 she went to Moscow along with jurnalist Vincent Sheean. Rayna wanted to study at the Lenin Institute "to be trained as a revolutionary instrument", but unfortunately she fell ill and died of encephalitis on the 21st November 1927.

- "She had bright red curly hair. It was loose enough about her face to form an aureole, a flaming aureole, with sun and brightness in it... She was like a flame with her red hair and vivid face... A mutual friend had described her as a "red-headed gal... who spit fire, mad as a hatter, a complete Bolshevik."  https://spartacus-educational.com/USAprohme.htm

- "Vincent Sheean, Personal History (1933): "She was slight, not very tall, with short red-gold hair and a frivolous turned-up nose." http://educationforum.ipbhost.com/…/19851-the-sad-death-of…/

- "With him was a young and attractive red-haired woman named Rayna Prohme, also just returned from Hankow."  https://books.google.it/books… 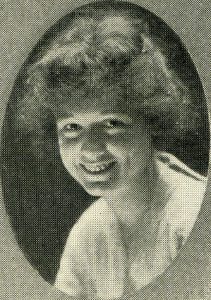