Marina Timofeyevna Semyonova (1908 – 2010). First Soviet-trained prima ballerina.
She received the Stalin Prize for 1941 and retired in 1952. After that, she became one of the most important teachers and répétiteurs of the Bolshoi Theatre and retired from her coaching duties at the age of 96. She was named a People's Artist of the USSR in 1975.
Maya Plisetskaya said of her: "What she demonstrated in her time was unusual, brand new, breathtaking. Now it is widely believed it has always been that way."

- "A comely, shapely redhead with tiny feet that were dubbed ''points of steel''..."  https://www.smh.com.au/…/russian-ballets-steelytoed-saviour… 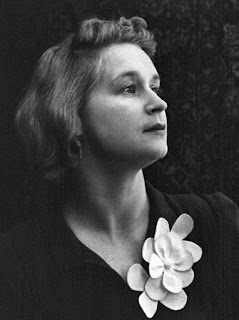