Samuel Sprigg "Red" Carroll (1832 – 1893). Career officer in the United States Army, who rose to the rank of brigadier general during the American Civil War. The Maryland native was most known for his service as the commander of the famed "Gibraltar Brigade," an infantry brigade in the Army of the Potomac that played a key role during the defense of Cemetery Hill during the Battle of Gettysburg, as well as in repulsing a portion of Pickett's Charge.

- "Carrol was an 1856 graduate of West Point and a true professional. He had a shock of red hair and bushy red sideburns to his chin. This drew him the nickname "Bricktop."  http://www.wvgenweb.org/…/civil-w…/The-Blood-of-Farmers.html

- "Carroll's men called him Brick Top because of his red hair."  https://books.google.it/books… 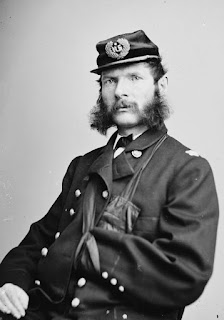