ohn Marshall Harlan (1833 – 1911). American lawyer and politician who served as an associate justice on the U.S. Supreme Court. He is often called "The Great Dissenter" due to his many dissents in cases that restricted civil liberties.
When the American Civil War broke out, Harlan strongly supported the Union and recruited the 10th Kentucky Infantry.
Harlan's jurisprudence was marked by his life-long belief in a strong national government, his sympathy for the economically disadvantaged, and his view that the Reconstruction Amendments had fundamentally transformed the relationship between the federal government and the state governments.
Harlan was largely forgotten in the decades after his death, but many scholars now consider him to be one of the greatest Supreme Court justices of his era.

- "Mallie was attracted not only to John's red hair and good looks, but also to his Presbyterian orthodoxy."  https://scholarship.law.marquette.edu/cgi/viewcontent.cgi…

- "The receding hairline, the short, straight hair (which had been red in his youth)..."  https://books.google.it/books… 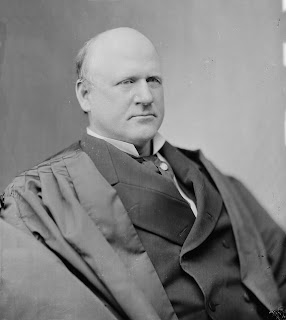