Benjamin Lundy (1789 – 1839). American Quaker abolitionist from New Jersey of the United States who established several anti-slavery newspapers and traveled widely. He lectured and published seeking to limit slavery's expansion, and also tried to find a place outside the United States to establish a colony where freed slaves might relocate.

- "One who met him speaks of his hair and beard as red."  https://archive.org/…/memor…/memorialtobenjam00lund_djvu.txt 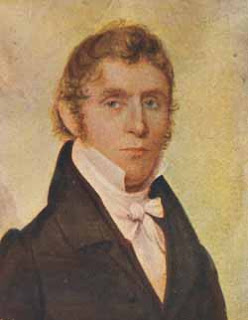