Minnie Maddern Fiske (born Marie Augusta Davey, 1865 – 1932), often billed simply as Mrs. Fiske. One of the leading American actresses of the late 19th and early 20th century. She also spearheaded the fight against the Theatrical Syndicate for the sake of artistic freedom. She was widely considered the most important actress on the American stage in the first quarter of the 20th century. Her performances in several Henrik Ibsen plays widely introduced American audiences to the Norwegian playwright.
Although she was highly praised as an actor, she died poverty-stricken, having fought against a group of producers that organized the Theatrical Trust or Syndicate. This organization took control of first-class playhouses in the U.S., dictated the plays chosen, and the actors that were cast. She fought for artistic freedom for 12 years, which caused her to perform in third-class theatres, such as churches and skating rinks.
In addition to her battle against the Syndicate, she was also one of the most prominent animal welfare advocates of her era. She fought against the wearing of snowy and great egrets on hats, raised awareness of the cruelties of fur trapping, and changed the treatment of cattle on ranges. Because she was well-known and loved, people followed her example and she was able to broadly influence animal reform. She was twice named one of the twelve greatest living American women because of her fight for animal rights and for her outstanding talent. She was first named in 1923 by the League of Women Voters, and then again in 1931 by Good Housekeeping magazine. Mark Twain wrote the story "A Horse's Tale" at her request to combat bullfighting in Spain.

- "Fiske, a wisp of a woman, with red hair and intense blue eyes, was generally noted for her understated "realistic" acting and impeccable technique..."  https://www.encyclopedia.com/…/fiske-minnie-maddern-1865-19…

- "She was described as a short, magnetic redhead whose acting was full of subtlety and finesse." https://encyclopedia2.thefreedictionary.com/Fiske%2C+Minnie… 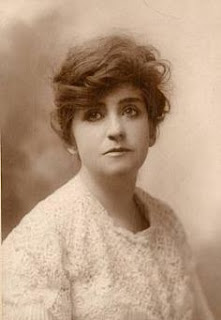 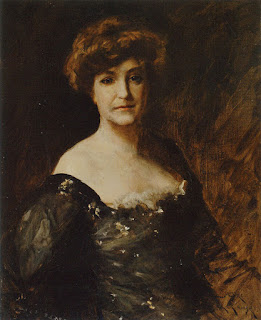