Ernie "Indian Red" Lopez (1945 – 2009). American professional boxer. He twice fought for the world welterweight boxing title, losing title bouts to José Nápoles in 1970 and 1973. He was a missing person from 1992 to 2004 and was the subject of extensive press coverage in early 2004 when, after being selected for induction into the California Boxing Hall of Fame, he was found at a homeless shelter in Fort Worth, Texas.

- "Lopez was given the nickname "Indian Red" because of his flaming red hair and Native American heritage. In 1968, when Lopez became the first Native American boxer to be ranked as the No. 1 contender in any weight class, Pulitzer Prize winning sports writer Jim Murray wrote: 'I don't know how he is as a prize fighter, but Ernie (Indian Red) Lopez certainly is disappointing as an Indian. I mean, he doesn't look like something John Wayne would chase down the street shouting something about 'damned redskin.' 'Damned redhead,' maybe. But, Lordy, the skin is even freckled! Now, whoever heard of a red-headed, freckle-skinned Indian? ... 'What was your Indian name?' I asked Indian Red? 'Ernie,' he told me.' https://en.wikipedia.org/wiki/Ernie_Lopez 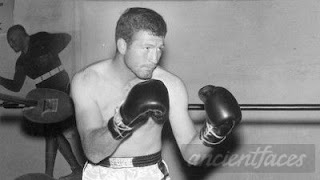