Thomas Jefferson Rusk (1803 – 1857). Political and military leader of the Republic of Texas, serving as its first Secretary of War as well as a general at the Battle of San Jacinto. He was later a US politician and served as a Senator from Texas from 1846 until his suicide. He served as the President pro tempore of the United States Senate in 1857.

- "Throughout his life the red-haired, beefy six-foot Rusk was a stable and unflappable leader respected by everyone."  https://sites.rootsweb.com/~galumpki/people/ThomasJRusk.htm 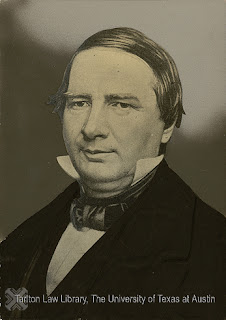