Pierre-Joseph Proudhon (1809 – 1865). French politician and the founder of mutualist philosophy. He was the first person to declare himself an anarchist, using that term and is widely regarded as one of the ideology's most influential theorists. Proudhon is even considered by many to be the "father of anarchism". He became a member of the French Parliament after the Revolution of 1848, whereafter he referred to himself as a federalist.
His best-known assertion is that "property is theft!", contained in his first major work, What is Property? Or, an Inquiry into the Principle of Right and Government (Qu'est-ce que la propriété? Recherche sur le principe du droit et du gouvernement), published in 1840.
Proudhon favored workers' associations or co-operatives as well as individual worker/peasant possession over private ownership or the nationalization of land and workplaces. He considered social revolution to be achievable in a peaceful manner. In The Confessions of a Revolutionary, Proudhon asserted that "Anarchy is Order Without Power", the phrase which much later inspired in the view of some the anarchist circled-A symbol, today "one of the most common graffiti on the urban landscape".


- "He appeared to be a man of arolll1d forty-five years with thin, reddish-colored hair, looking bland and innocent, despite the slight cast in his eyes." https://core.ac.uk/download/pdf/48608480.pdf 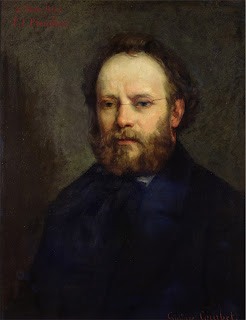 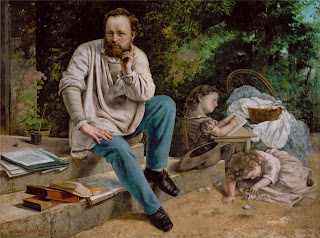