Elizabeth Rebecca "Rufa" Brabant (1811 - 1898). Along with her father, physician Robert Herbert Brabant, she was a member of the Rosehill Circle, held by Charles Bray and his wife Caroline Hennel.
In 1843 she married Caroline's brother Charles Christian Hennell (1809–1850), a writer on theological and philosophical topics. In the months immediately preceding her engagement and marriage, she had been under commission (by a private group associated with the Rosehill Circle) to translate into English the great theological treatise Das Leben Jesu, kritisch bearbeitet by David Friedrich Strauss. However, once it was realized that Elizabeth's marriage would mean an end to her translation work, in January 1844 it was decided that Mary Anne Evans (later known as the novelist George Eliot) would take up the translating where Elizabeth had left off at the time of her marriage. The translation was finally published in 1846.
Charles Hennell died in 1850 and in 1857 Rufa married the author Wathen Mark Wilks Call.

- "... C.C. soon fell in love with Dr. Brabant's auburn-haired daughter, Elizabeth Rebecca, known as `Rufa' since her father's patient, Samuel Taylor Coleridge, had given her the riame as a child."  https://conwayhall.org.uk/…/ETHICAL-RECORD-JULY-AUGUST-1999…

- "Indeed, she got her nickname - Rufa - from some verses the latter had written about her striking red hair."  https://books.google.it/books… 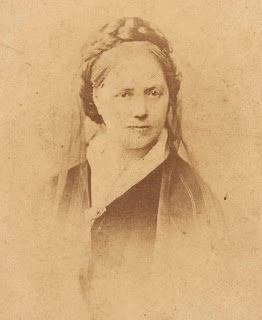