George James Symons (1838 – 1900). British meteorologist who founded and managed the British Rainfall Organisation, an unusually dense and widely distributed network of rainfall data collection sites throughout the British Isles.
From boyhood, he made observations on the weather with instruments of his own construction, and at the age of seventeen became a member of the Royal Meteorological Society.
In 1863 he began the issue of a monthly rain-circular, which developed in 1866 into the Monthly Meteorological Magazine, still in course of publication.
In 1878 he was elected a fellow of the Royal Society and in 1897 he received the Albert medal of the Society of Arts for the 'services rendered to the United Kingdom' by his rainfall observations. He was a member of the Scottish and Australasian Meteorological Societies, of the Royal Botanic Society, and of many foreign learned associations. Twice elected to the council of the Societe Météorologique de France, he frequently attended its meetings at Paris, and was made, in 1891, a chevalier of the legion of honour.


- "... a shy lad with a shock of red hair and a nervous laugh, according to a contemporary..."  https://books.google.it/books… 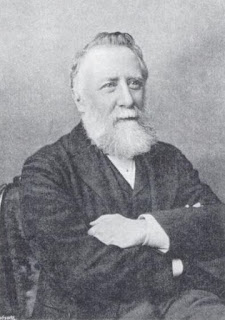