- "He would be pleased as he grew up to be nicknamed “Brick,” because of the color of his hair. After college, he would begin to be called “Red,” and remained “Red” long after his hair had receded from his high forehead and turned white. [...] He described himself as being “distinguished by flaming hair, milk-bottle glasses... [...] Add to this a freckled face and some red hair and brains, and you have ‘Brick.’ "  https://archive.org/…/redbi…/redbiographyofre01berk_djvu.txt

- "In his later years, his once bright red hair had turned white."
https://www.nytimes.com/1982/01/16/obituaries/red-smith-sports-columnist-who-won-pulitzer-dies-at-76.html 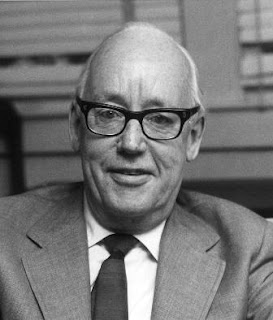