George Sylvester "Red" Callender (1916 – 1992). American string bass and tuba player. He is perhaps best known as a jazz musician, but worked with an array of pop, rock and vocal acts as a member of The Wrecking Crew, a group of first-call session musicians in Los Angeles.
In the 1940s Callender recorded with Nat King Cole, Erroll Garner, Charlie Parker, Wardell Gray, Dexter Gordon, Uffe Baadh [Frank Bode] and many others. After a period spent leading a trio in Hawaii, Callender returned to Los Angeles, becoming one of the first black musicians to work regularly in the commercial studios, including backing singer Linda Hayes on two singles. He made his recording debut at 19 with Louis Armstrong's band.
On his 1957 Crown LP Speaks Low, Callender was one of the earliest modern jazz tuba soloists.

- "Callender got his nickname from his red hair, a product of 18th Century ancestors who had lived in Scotland but later made their way to Barbados in the Caribbean."  https://www.latimes.com/…/la-xpm-1992-03-10-mn-3567-story.h…

- "... with ancestors who married Indian women, African women and mulatto women... I have freckles... and red hair."  https://books.google.it/books… 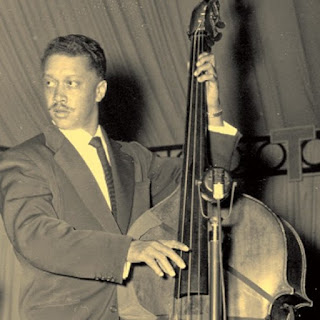