William Snip (1932 – 2009). Canadian professional wrestler, who wrestled under the ring name Billy Red Lyons. He was an active wrestler between 1956 and 1984, and won numerous championship throughout his career. He worked for promotions in both Canada and the United States, particularly in Ontario, California, Minneapolis, Texas, Georgia, and Oklahoma. He won numerous tag team championships throughout his career, including with Dick Beyer, who was his real-life brother-in-law, as well as Fritz Von Erich, Bill Watts, and Ray Gunkel. He also won singles championships, including the NWA Texas Heavyweight Championship.
After his retirement from in-ring competition, he would work for Maple Leaf Wrestling in Toronto and the World Wrestling Federation.
Throughout the late '60s and early '70s, he teamed with Red Bastien as The Flying Redheads, and on July 14, 1974, Lyons and Bastien won the NWA Texas Tag Team Championship by defeating Mike York and Frank Monte. They held the championship for three months, but lost it to Chris Colt and Bobby Duncum on October 6, 1972. Bastien later said that he and Lyons "were perfect for each other" as tag team partners. Fellow professional wrestler Blackjack Mulligan said that Bastien and Lyons "were the greatest team of all time", and that watching them wrestle was watching "pure tag team wrestling at its basic".


- "William Lyons was Billy Red to wrestling fans because of his red hair."  http://slam.canoe.com/Slam/Wrestling/Bios/lyons.html

- "Snip made his debut in 1956, under the name Billy Lyons, but soon became known as Billy Red Lyons, due to the colour of his hair."  https://en.wikipedia.org/wiki/Billy_Red_Lyons

"In Minnesota, the teram they faced the most often consisted of the red-haired wrestlers Billy Red Lyons and Red Bastien, who worked under the name of "the Flying Redheads"."  https://books.google.it/books… 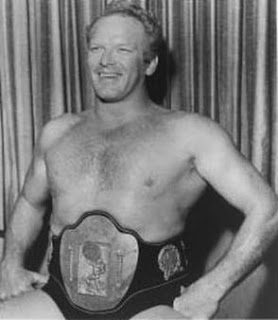