Norman Alexander Dutton (1897 – 1987). Canadian ice hockey player, coach and executive. Commonly known as Red Dutton, and earlier by the nickname "Mervyn", he played for the Calgary Tigers of the Western Canada Hockey League (WCHL) and the Montreal Maroons and New York Americans of the National Hockey League (NHL). A rugged and physical defenceman, Dutton often led his team in penalty minutes, won the WCHL championship in 1924 as a member of the Tigers and was twice named a WCHL All-Star.
A successful businessman, Dutton operated a construction company that built Calgary's McMahon Stadium in 1960 and he served for a time as the president of the Calgary Stampeders football club and later the Calgary Exhibition and Stampede. He was invested as a member of the Order of Canada in 1981 and is honoured by both the Manitoba Hockey and Alberta Sports Halls of Fame. He was posthumously awarded the Lester Patrick Trophy in 1993 in recognition of his contributions to the game of hockey in the United States.


- "His friends called him "Red" after the colour of his hair, and to most, he was known as Mervyn "Red" Dutton."  https://en.wikipedia.org/wiki/Red_Dutton

- "At 52, although the reddish hue has disappeared from his hair, he could pass for a man 10 years younger."  https://archive.macleans.ca/…/how-red-dutton-made-his-first…

- "Mervyn Dutton, forever known as Red thanks to his flaming hair..."  http://montrealmaroons.blogspot.com/2008/03/red-dutton.html 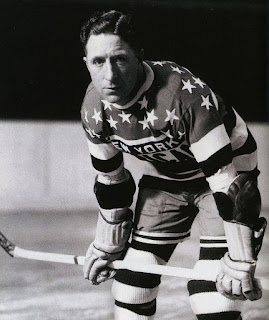