Admiral of the Fleet William Henry Dudley Boyle, 12th Earl of Cork, 12th Earl of Orrery (1873 – 1967). Royal Navy officer. He served as a junior officer on the China Station during the Boxer Rebellion and went on to serve in the First World War initially as a staff officer during the Dardanelles Campaign and as then commander of the Red Sea Patrol: in that capacity he led a six-day bombardment of the Turkish held port of Jeddah and worked closely with T. E. Lawrence in support of the Arab Revolt. In the inter-war years he was Commander-in-Chief, Reserve Fleet, President of the Royal Naval College, Greenwich and Commander-in-Chief of the Home Fleet. After succeeding a cousin and becoming Earl of Cork in 1934, he became Commander-in-Chief, Portsmouth.
Boyle also served in the Second World War, first as head of planning for Operation Catherine, an abortive naval offensive in the Baltic Sea proposed by Winston Churchill which aimed to cut off the flow of iron ore from Sweden. He then became commander designate of a planned Anglo-French expedition to assist the Finns in the Winter War they were waging against a Soviet attack: this expedition was also called off. Finally he was given command of a naval force with a mission to retake the strategic port of Narvik in Norway from the Germans: although Narvik was briefly captured, all allied troops were eventually withdrawn.

- "She was escorted by Admiral William Boyle, President of the college, a short man with fiery red hair and a monocle."  https://books.google.it/books… 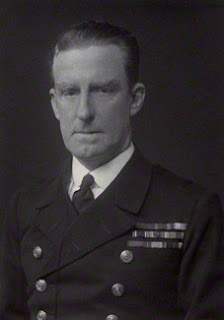