- "... Harry Riley Lees, known as “Ginger” because of his thick shock of red hair, was one of the leading motor cyclists from the North of England before the advent of speedway."  http://www.defunctspeedway.co.uk/Norman%20Jacobs.htm 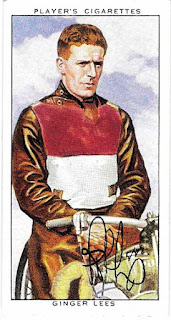