David Ross Stoddart (1937 – 2014). British physical geographer known for the study of coral reefs and atolls. He was also known for key works on the history and philosophy of geography as an academic discipline. He was a lecturer at the University of Cambridge, and then professor and later emeritus professor at the University of California, Berkeley.
He was also one of the founders of the journal Progress in Geography and the first co-ordinating editor of the journal Coral Reefs. He was a co-founder and first president of the International Society for Reef Studies and helped to establish the quadrennial International Coral Reef Symposium. He was also involved in the establishment of the International Year of the Reef in 1997, and of the Global Coral Reef Monitoring Network.
In 1979 he received the Founder's Gold Medal of the Royal Geographical Society for "contributions to geomorphology, the study of coral reefs and the history of academic Geography."


- "David was a physically imposing figure, strong-shouldered and resilient, with red hair and beard and with an exuberant and irrepressible sense of humour."  https://www.theguardian.com/environ…/…/dec/09/david-stoddart

- "Having been on both islands, the stocky, red-haired Briton, in his 40’s, and already a well-known expert in coral-reef science and conservation..."  http://www.seychellesnewsagency.com/…/A+love+affair+with+Al…

- "Colleagues note that he was quite a striking figure on campus, with his red hair and red beard contrasting with his “full whites”..."  http://www.aag.org/…/m…/tributes_memorials/sz/stoddart_david

- "He certainly cut a fine figure on campus dressed, even in winter, in ‘full whites’ - white shorts, shirt, socks and plimsolls - with his shock of red hair and full beard."  https://www.pressreleasepoint.com/geography-professor-emeri… 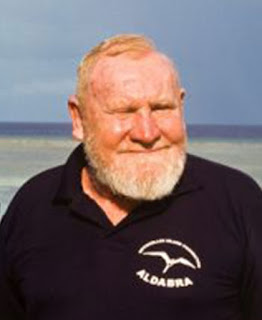