- "According to a movie magazine of the time Merna was a green eyed, red haired, 100 lbs. tomboy who was not a fan of flappers and hated being called one."  http://silenceisplatinum.blogspot.com/…/…/merna-kennedy.html

- "Screen tests followed, of course, and the vivaciousness and charm of the red-haired lady with the green eyes registerd with Charlie."  https://books.google.it/books… 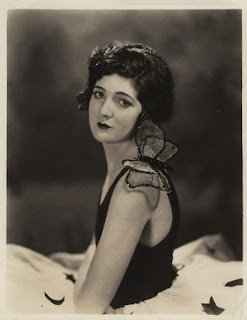