Rachel Parker Plummer (1819 – 1839). Daughter of James W. Parker and cousin of Quanah Parker, last free-roaming chief of the Comanches. An Anglo-Texan woman of Scots-Irish descent, she was kidnapped at the age of seventeen, along with her son, James Pratt Plummer, age two, and her cousins, by a Native American raiding party.
Rachel Plummer's 21 months among the Comanche as a prisoner became a sensation when she wrote a book about her captivity, Rachael Plummer's Narrative of Twenty One Months' Servitude as a Prisoner Among the Commanchee Indians, which was issued in Houston in 1838. This was the first narrative about a captive of Texas Indians published in the Republic of Texas, and it was a sensation not just there, but in the United States and even abroad.


- "... described by her father in his later book as a "red haired beauty of rare courage and intelligence,"... At the time of her death, she was 20 years old and her fiery red hair had turned grey."  https://en.wikipedia.org/wiki/Rachel_Plummer

- "He dragged her by her long red hair until she finally managed to get up on her feet."  https://myrahmcilvain.com/2014/05/09/clash-of-cultures/ 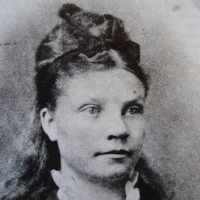