Thomas Coleman Younger (1844 – 1916). American Confederate guerrilla during the American Civil War and later an outlaw leader with the James–Younger Gang. He was the eldest brother of Jim, John and Bob Younger, who were also members of the gang.

- "Where he got his fiery red hair, no-one really knew. Cole had green eyes and a red stubble for a goatee."  https://books.google.it/books… 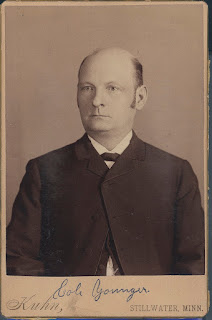