- "It was Stewart, red-haired like the loutish Brown, but a bigger man at six-foot-two (back when few men were six-footers), and weighing over 200 pounds."  https://truewestmagazine.com/justice-comes-to-nevada/


- "Red-bearded and hot-tempered, he had earned a reputation in the gold camps..."  https://books.google.it/books… 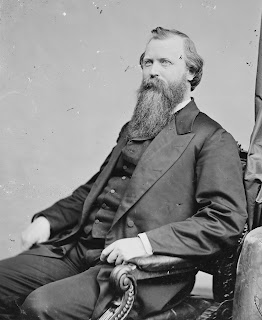