Anna George de Mille (1878 – 1947). American feminist and Georgism advocate. She was the mother of Agnes de Mille and daughter-in-law of Henry C. de Mille.
Anna de Mille was born in San Francisco, in 1878 to Henry George and Annie Corsina Fox George. Throughout her life, she served as a prominent leader of the Single-tax movement, in many leadership roles including vice president of the International Union for Land Value Taxation and Free Trade in London, and a director of the Robert Schalkenbach Foundation. In 1932 she partnered with Oscar H. Geiger to establish the Henry George School of Social Science. She served as the president of the board of trustees of said school.
In 1950 she published Henry George, Citizen of the World, a biography of her father, which was published by The University of North Carolina Press after being released in The American Journal of Economics and Sociology.

- "Her piercing blue eyes were "of an intensity to stop speech"; masses of golden red hair flowed to her waist, and her tiny hands and size one feet were a source of great pride."  https://www.washingtonpost.com/…/…/books/chap1/no_inter.htm… 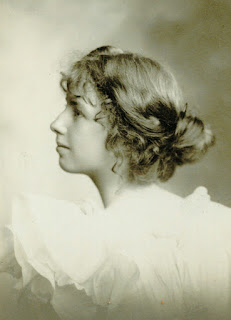