Alfred Wainwright, MBE (1907 – 1991). British fellwalker, guidebook author and illustrator. His seven-volume Pictorial Guide to the Lakeland Fells, published between 1955 and 1966 and consisting entirely of reproductions of his manuscript, has become the standard reference work to 214 of the fells of the English Lake District. Among his 40-odd other books is the first guide to the Coast to Coast Walk, a 192-mile long-distance footpath devised by Wainwright which remains popular today.


- "His red hair revolted her."  https://www.independent.co.uk/…/alfred-wainwright-grumpy-re…

- "Alfred Wainwright was born with startling red hair; because nobody else in the family had red hair, he said he remembered as a baby being hidden in a drawer when visitors called."  https://books.google.it/books…

- "Uniquely in his family, he had thick, red hair."  https://books.google.it/books…

- "Wainwright was 6 feet 3 inches tall and burly, with thick hair which originally was carrot red, much to his embarrassment as a young man. Even when, in later years, his hair had turned a more distinguished white, Betty, his second wife, always referred to him as Red."  https://www.oxforddnb.com/…/9780…/odnb-9780198614128-e-50495 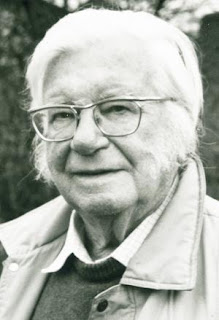