The Honorable Dr John Macadam (1827 – 1865). Scottish-Australian chemist, medical teacher, Australian politician and cabinet minister, and honorary secretary of the Burke and Wills expedition. The genus Macadamia (macadamia nut) was named after him in 1857. He died in Australia aged 38.
On 7 August 1858, John Macadam officiated as one of two umpires at a famous game of football played between Scotch College and Melbourne Grammar. This game was a predecessor to the modern game of Australian rules football and is commemorated by a statue depicting the game outside the Melbourne Cricket Ground.


- "John Macadam was a tall and imposing figure, with long red hair, a flowing beard, and powerful voice."  https://en.wikipedia.org/wiki/John_Macadam

- "Macadam had a Glasgow MD and long red hair that made him a striking figure."  https://books.google.it/books…

- "The Scotch College chose a distinctive umpire whose long red hair and beard must have been conspicuous as he followed the play amongst the gum tree."  https://books.google.it/books… 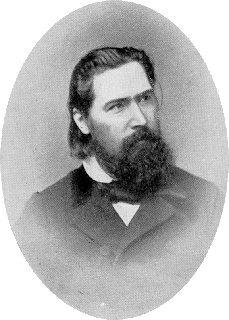