Sir George Macleay (1809 – 1891). Australian explorer and politician.
In November 1829 he accompanied Charles Sturt on his second expedition to the mouth of the Murray River and back. Early in April 1830, after difficulties on the expedition and the whole party was practically exhausted, Sturt recorded that "amidst these distresses Macleay preserved his good humour and did his utmost to lighten the toil and to cheer the men". Macleay and Sturt remained good friends and corresponded regularly until Sturt's death in 1869.
Macleay was also a keen zoologist, he donated fossil specimens he collected from the Murrumbidgee River to the Australian Museum. He was also a museum trustee and contributed to Richard Owen's book on the fossils of Australia. On his 1873 visit, he collected a Queensland lungfish or Ceratodus forsteri (now called Neoceratodus forsteri) and took it back to London for T. H. Huxley to dissect and describe in an 1876 paper which identified the supplier as "my friend Sir George Macleay ... on a recent visit to Australia".


- "Charles Sturt named the Rufus River in south-western New South Wales in Macleay's honour, as he had red hair..."  https://en.wikipedia.org/wiki/George_Macleay

- "He was a tall sturdy man with red hair."  http://adb.anu.edu.au/biography/macleay-sir-george-2414

- "The river was named light-heartedly in 1830 by Charles Sturt to commemorate the red hair of his companion explorer, George Macleay."  https://books.google.it/books… 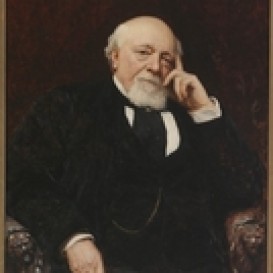