Jeremiah Joseph "Ginger" O'Connell (1887 – 1944). Irish revolutionary, active in the Irish War of Independence, and later a senior officer in the Irish Defence Forces.
At the time the 1916 Easter Rising, O'Connell was operating in Dublin under instruction from Joseph Plunkett. He was dispatched to Cork by Eoin MacNeill to try to prevent the Rising. Following the Rising, he was arrested and held in Frongoch internment camp from April to July 1916. In 1918 he was again arrested and interned, spending time in Wandsworth Prison with Arthur Griffith for the alleged involvement in the fabricated German Plot.
During the Irish War of Independence, he was a member of the Irish Republican Army headquarters staff, as Assistant Director of Training and, after the killing of Dick McKee, as Director of Training. He coordinated, and was the principal lecturer, for a training course for military officers.
In the IRA split after Dáil Éireann ratified the Anglo-Irish Treaty, O'Connell took the pro-Treaty side. He was made Deputy Chief of Staff in the National Army. On 26 June 1922, he was kidnapped by anti-treaty forces in reprisal for the arrest of an anti-treaty officer; his kidnapping was a precipitating factor in the formal outbreak of the Irish Civil War, when government pro-treaty forces two days later attacked anti-treaty forces occupying the Four Courts. O'Connell survived the fighting and spent the rest of the civil war as General Officer Commanding the Curragh Command. 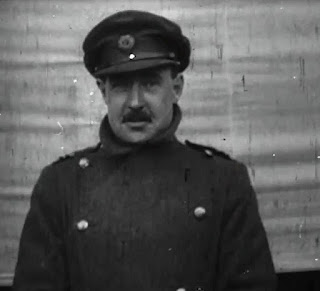