Timothy Michael Healy, (1855 – 1931). Irish nationalist politician, journalist, author, barrister and one of the most controversial Irish Members of Parliament (MPs) in the House of Commons of the United Kingdom of Great Britain and Ireland. His political career began in the 1880s under Charles Stewart Parnell's leadership of the Irish Parliamentary Party (IPP), and continued into the 1920s, when he was the first Governor-General of the Irish Free State. 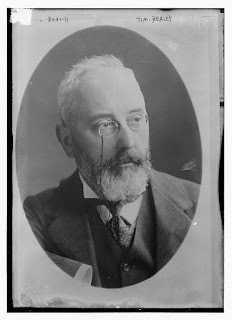