- "And Soviet citizens, with their talent for gleaning information from scattered facts, quickly deduced the identity of the slim, auburn-haired woman on their television screens."  https://www.washingtonpost.com/…/859aca80-1bd2-449a-acad-8…/


- "She had a petite, attractive figure and a youthful face with short red hair and luminous brown eyes."  https://biography.yourdictionary.com/raisa-maximovna-titore…

- "She was so short I could look down at the top of her auburn hair."  https://www.sfgate.com/…/Compassionate-first-lady-of-the-So…

- "She was shorter than I expected and her hair was more reddish than it appeared on television (It became less red over the years)."  https://books.google.it/books… 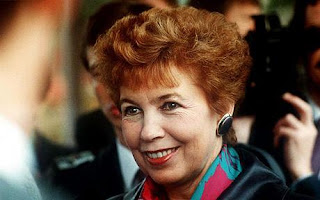