Corina Kavanagh de Ham, née Corina Kavanagh Lynch (1890 - 1984). Eldest child of John Patrick Kavanagh Machierman (1863-1922) and his wife Elisa Lynch Byrne. Her parents had emigrated from Ireland to Argentina, where they became prosperous landowners.
Her name is closely associated with her financing the building of the Kavanagh Tower in central Buenos Aires, a 120-metre-high residential block comprising 105 luxury apartments on twenty-nine floors. The construction of the Kavanagh Building took only fourteen months and was completed in 1936. It was at the time the highest reinforced concrete structure in the world and was the tallest building in South America for many years. South America’s first skyscraper, it has been described as a hybrid of the Modernist and Art Deco styles.


- "Well, rumor has it that Corina Kavanagh, a young red-hair Irish girl had a romance with one of Mercedes Anchorena’s sons."  https://www.amazing-world-in-free-stock-pictures-and-photos… 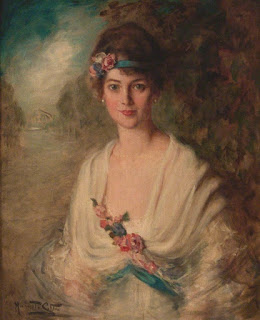 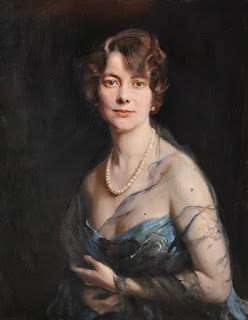