Julie Harris (born Julia Ann Harris, 1925 – 2013). American actress renowned for classical and contemporary stage work that brought her five "best actress in a play" Tony Awards.
She appeared in a film version in 1955 and the director Elia Kazan cast her opposite James Dean in East of Eden. After a lull in the quality of motion pictures she had parts in, the '60s saw Harris give acclaimed performances in classic films, including The Haunting, and what is sometimes considered the screen role that allowed her to best display her talents Reflections in a Golden Eye, in which she played opposite Marlon Brando. Known for her attention to preparation and research, Harris's superb intonation and phrasing gave her a pleasing silvery voice. A rare method acting star actress, she won Tony awards for The Lark (1956), Forty Carats (1969), The Last of Mrs. Lincoln (1973), and The Belle of Amherst (1977). She also won three Emmy Awards, a Grammy Award, and was nominated for the Academy Award for Best Actress for the 1952 film The Member of the Wedding.
She was inducted into the American Theatre Hall of Fame in 1979, received the National Medal of Arts in 1994, and the 2002 Special Lifetime Achievement Tony Award.

- "The freckled, red-haired actress not only was nominated for a whopping total of ten Tony awards and was a Sarah Siddons Award recipient for her work on the Chicago stage..." https://www.imdb.com/name/nm0364915/bio?ref_=nm_ov_bio_sm

- "For the role Julia had cut off her red hair to look like a scrubbing brush..."  https://books.google.it/books…

- "Slim, red-haired, physically graceful though not especially athletic, she had the aura of delicacy but was not a mesmerizing beauty."  https://www.nytimes.com/…/julie-harris-celebrated-actress-o…

- "She was dressed in a tight black outfit, her long red hair flowing." https://www.clydefitchreport.com/…/julie-harris-a-devoted-…/

- "Red-haired and slim with dainty features, Ms. Harris was hardly a conventional beauty, and her seemingly plain quality was matched by her humility when interviewed."   https://www.washingtonpost.com/…/071b701e-0d99-11e3-85b6-d2… 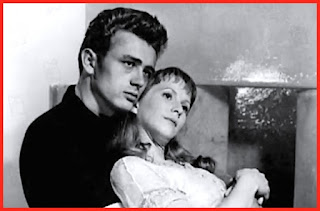 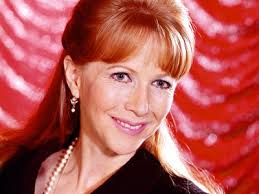 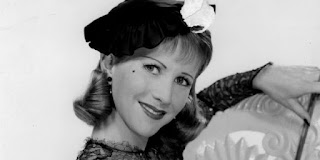