- "But Kennedy, red-haired and round-faced, a cheery and approachable figure, with a soft Highlands accent..."  https://www.theguardian.com/politi…/…/jun/02/charles-kennedy

- "I knew Charlie for more than 30 years and prefer to remember him when I first met him, a red-haired student with gusto, obvious potential – and impudence."  https://www.dailyrecord.co.uk/…/tom-brown-charles-kennedy-p…

- "I hadn’t been there long when I bumped into a cheerful, chatty, red-haired Scot whom I recalled had been elected to Parliament for the Social Democratic Party in 1983."  http://cioj.org/thejournal/charles-kennedy/

- "Then there's Charles Kennedy. He has ginger hair."  https://books.google.it/books… 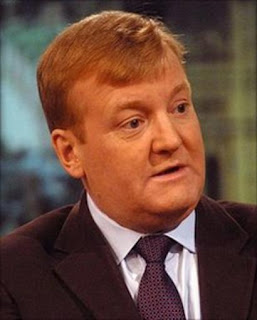