Emily Nevada Smith Frye (1921 - 1985). American showgirl at Billy Rose’s Diamond Horseshoe in NY City. She also played roles in movies such as The Harvey Girls & Rhapsody in Blue.
In 1950 she married William John "Jack" Frye (1904 - 1959), co-founder and President of TWA Airlines, Vice-President of the AGFA (ANSCO) Film Corporation and director of many other corporations. The two married under one month after Jack's divorce from Helen Vanderbilt. They had a daughter, Lili Navajac Frye was born May 9, 1953.


- "The Smiths were ahead of Grandpa's car on the highway and dad can still remember her pretty red hair flowing out of the car window."  http://www.oocities.org/nas51st/Nevada-Smith.html

- "Born in Reno Nevada, this tall shapely redhead had a legion of men chasing her from coast to
coast."  https://www.sedonalegendhelenfrye.com/1950.html 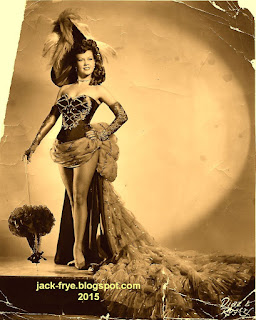 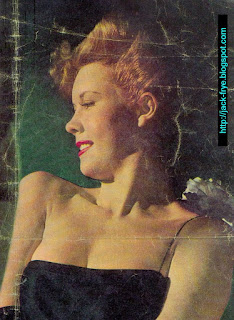