Helen Varner Vanderbilt Frye (1908–1979). American fashion designer, milliner (hat making), photographer, sculptor, portrait artist, amateur architect and rancher, with a deep love of land and horses.
She married two very prominent men: Cornelius Vanderbilt Jr. (Neil), and Jack Frye, co-founder and long-time president of Transcontinental & Western Air (TWA), and CEO of Aniline and Film Corp. Helen was said to be a pilot, and spent more time in the air with her husband Jack than most women of that time-frame (1938-1950).
After divorcing her in 1950, Jack Frye married showgirl Emily Nevada Smith.
At the end of Helen's life she managed the Frye Ranch at Sedona Arizona, which she owned and where her ashes were scattered. She is the only person to be laid to rest there. 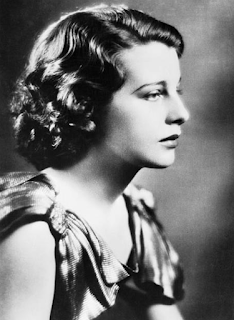