Mary Elizabeth Hartman (1943 – 1987). American actress, best known for her performance in the 1965 film A Patch of Blue, playing a blind girl named Selina D'Arcy, opposite Sidney Poitier, a role for which she was nominated for the Academy Award for Best Actress and the Golden Globe Award. The next year, she appeared in Francis Ford Coppola's You're a Big Boy Now (1966) as Barbara Darling, for which she was nominated for a second Golden Globe Award. 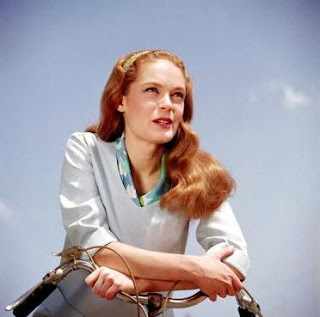