Mary Alicia Rhett (1915 – 2014) American actress and portrait painter who is best remembered for her role as India Wilkes in the 1939 film Gone with the Wind.
At the time of her death, Rhett was one of the oldest surviving credited cast members of the movie, the only others being Olivia de Havilland (born July 1, 1916), who played India's sister-in-law Melanie Wilkes, Mary Anderson (born April 3, 1918; died April 6, 2014), who played Maybelle Merriweather, and Mickey Kuhn (born September 21, 1932) who played Beau Wilkes.

- "Kay Brown wrote to David O Selznick that Alicia had dark brown eyes and hair that was "a most magnificent red." https://vivienleighlegend.blogspot.com/…/alicia-rhett-passe…

- "In her younger years, Alicia was slender, auburn hair and hazel eyes." https://www.ancestry.com/boards/surnames.rhett/45/mb.ashx

- The stated description with it noted her height at five feet, ten inches, and her dark auburn hair."  https://books.google.it/books… 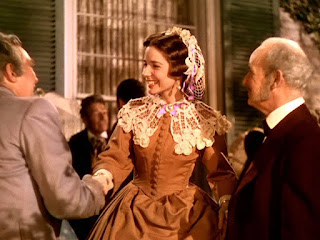 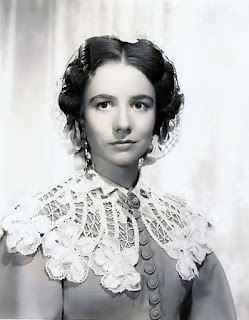