Barbara Daly Baekeland (1922 – 1972). American socialite who was murdered by her son, Antony "Tony" Baekeland. She was the ex-wife of Brooks Baekeland, who was the grandson of Leo Baekeland, inventor of Bakelite plastic.
She was murdered at her London home when her son Antony stabbed her with a kitchen knife, killing her almost instantly. Antony was found at the scene of the crime, and later confessed to and was charged with her murder.
The 2007 film Savage Grace is based on the life of Barbara and Antony Baekeland. Barbara was played by Julianne Moore. According to Barbara Baekeland's former lover Samuel Adams Green, the film features misleading elements.


- "One of his girlfriends was the vivacious, red-haired young fashion model Barbara Daly."  https://books.google.it/books…


- "All her life, Barbara Baekeland had been partial to autumnal colours: the rust-coloured skirts and bronze shoes she favoured suited her flaming red hair and fair skin."  https://www.whaleoil.net.nz/2016/06/photo-day-761-36/

- "Barbara was stunning to look at and had glorious red hair - and a wild spirit."  https://murderpedia.org/male.B/b/baekeland-anthony.htm 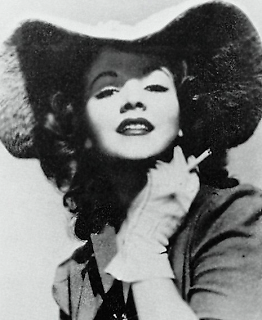