John MacGillivray (1821 – 1867). Scottish naturalist, active in Australia between 1842 and 1867.
He was born in Aberdeen, the son of ornithologist William MacGillivray. He took part in three of the Royal Navy's surveying voyages in the Pacific. In 1842 he sailed as naturalist on board HMS Fly, despatched to survey the Torres Strait, New Guinea, and the east coast of Australia, returning to England in 1846.
In the same year he was appointed as naturalist on the voyages of HMS Rattlesnake, collecting in Australian waters at Port Curtis, Rockingham Bay, Port Molle, Cape York, Gould Island, Lizard Island and Moreton Island in Queensland, Port Essington (Northern Territory) and visiting Sydney (New South Wales) on several occasions. The expedition was in Hobart, Tasmania, in June 1847 and also surveyed in Bass Strait, and on the southern coast of New Guinea and the Louisiade Archipelago. On this series of voyages his most notable achievement was to make records of the aboriginal languages of the peoples he encountered. His account of the voyages was published in London.
He is commemorated in the name of the Fiji petrel Pseudobulweria macgillivrayi.


- "In the midst of his last-minute preparations he was interrupted by a young, short, red-headed Scot, Mr John MacGillivray..." https://books.google.it/books… 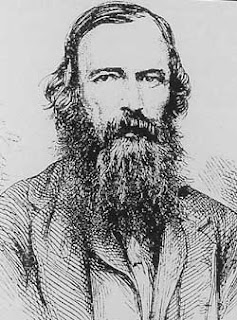